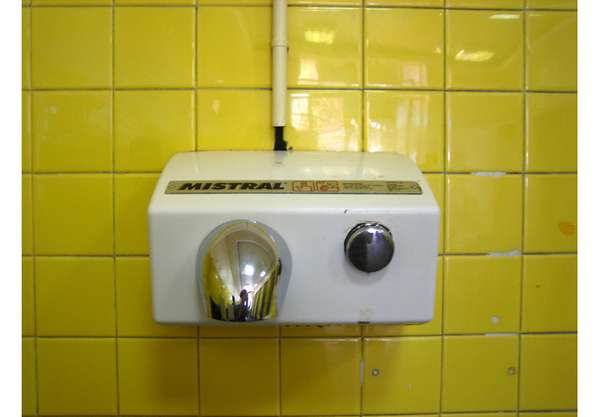 Peter Vallas — June 7, 2011 — World
References: work.onpaperwings & junk-culture
Who goes around and take photos of the automatic hand dryers in bathrooms? A man by the name of Doug Wilson. This designer, filmmaker, art director and teacher gets his creative inspiration from things such as street signs and retro photography.

Doug Wilson loves to travel, and when he does he always brings his camera with him. His latest photographic series is unusual but quite interesting. While driving along the United States and flying around the world, Wilson brought his camera into public bathrooms to take pictures of the automatic hand dryers in his series Air Dryers from Around the World.

Flipping through the large amount of photographs, you will notice all the different shapes, sizes and colors of hand dryers found in public bathrooms. I wonder if anyone gave him a hard time for taking photos in the bathroom.
6.1
Score
Popularity
Activity
Freshness