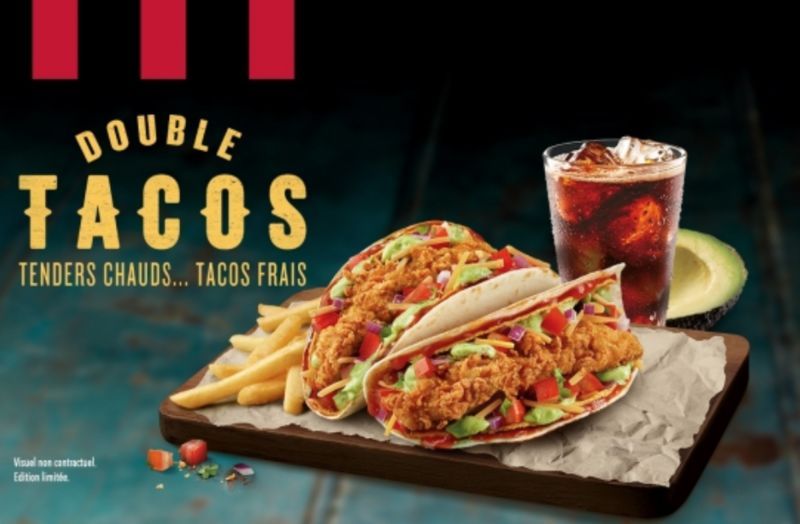 KFC France's new Double Tacos start with a soft flour tortilla that's been lined with a layer of salsa. The salsa-topped tortilla is then wrapped around a crunchy taco shell that's been filled with tomatoes, onion, guacamole, shredded cheese, and a crispy, fried chicken tender. The result is a savory taco that's won't fall apart on the first bite, but still boasts a satisfying crunch.

Though the new Double Tacos are unlikely to make their way to the US, fans can always hit up Taco Bell to get their dual-layer taco fix.