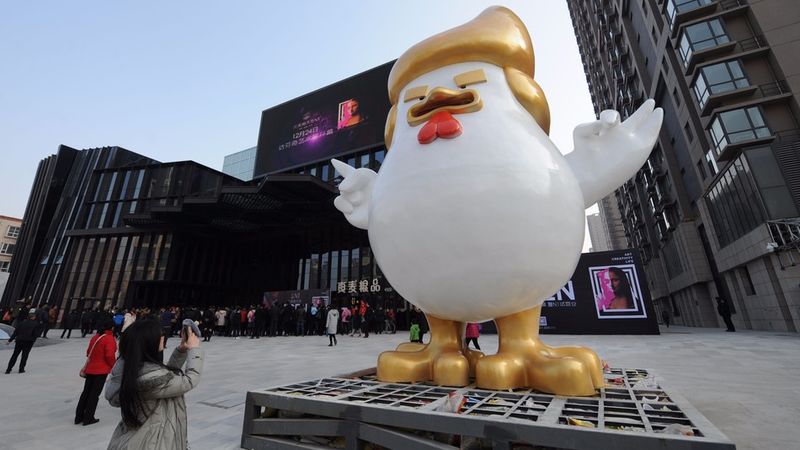 A Donald Trump Rooster Statue Was Erected in Taiyuan, China

Joey Haar — January 3, 2017 — Pop Culture
References: mashable
Share on Facebook Share on Twitter Share on LinkedIn Share on Pinterest
The election of Donald Trump was arguably the biggest piece of international news in 2016, spreading so far that an artist in the city of Taiyuan, China, decided to commemorate it by erecting a Donald Trump rooster. The statue, which stands about 20 feet tall, depicts a cartoonish rooster with some of Trump's most notable physical features, including his infamous blond quaff.

The decision to build the Donald Trump rooster and depict the incoming president of the United States as a farm animal isn't entirely random and unfounded. 2017 will represent the Chinese year of the rooster, and, regardless of one's political opinions, Trump is virtually guaranteed to dominate the news cycle throughout the year. As such, merging the traditional Chinese zodiac animal with President-Elect Trump has at least a modicum of logic.
4.2
Score
Popularity
Activity
Freshness
Get the 2021 Trend Report FREE