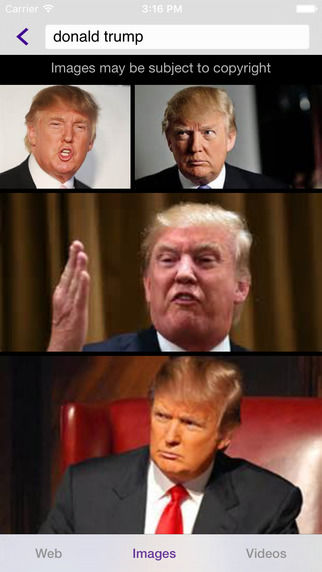 Dubbed 'MemeTheVote,' the mobile app works by allowing users to select an image of a 2016 presidential candidate and then insert it into a template. Once this is done, they can superimpose the image with their chosen text, showing their support or disapproval of either Hillary Clinton or Donald Trump in a humorous and Internet-savvy way.

After creating their Hillary Clinton or Donald Trump meme, users can share the image to social media through the app, offering their work, as well as their political views, exposure across the web.
4.6
Score
Popularity
Activity
Freshness
Get Better and Faster