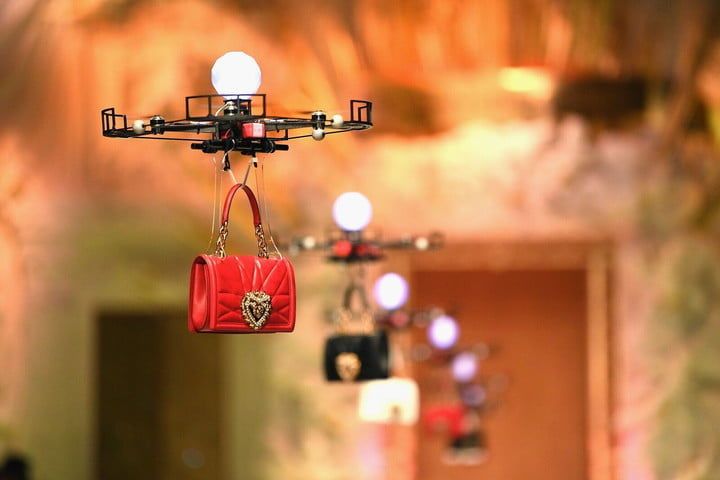 Justin Lam — February 26, 2018 — Tech
References: theverge & digitaltrends
Share on Facebook Share on Twitter Share on LinkedIn Share on Pinterest
The careers of runway models may be challenged by robots, as shown by the Dolce & Gabbana drone display that made its debut at Milan Fashion Week. While the drones were not draped in any apparel, they did flow along the runway toting the latest range of quilted leather handbags from Dolce & Gabbana's Fall/Winter collection. The seven quadcopters flew along the runway with no issues and made quite an impression on the audience, as members quickly cheered and filmed the experience.

Prior to the release of the Dolce & Gabbana drone display, the event organizers requested that audience members turn off WiFi to reduce the chance of drone interference. The drones were accompanied down the runway by technicians, but thankfully they were not necessary as the event went off without a hitch.