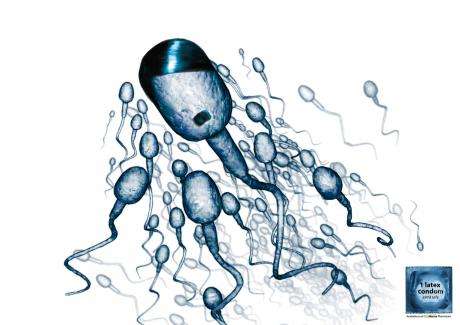 Ayman — April 12, 2009 — Naughty
References: docmorris & arabaquarius.blogspot
In addition to avoiding sexually transmitted diseases, the most common reason for wearing a condom is to avoid pregnancy.

The thought of having a kid in this economy is scary enough, but imagine if that kid grows up to be as hated as Adolf Hitler, Osama bin laden or Kim Jong-Il.

That is the scarevertising approach of these witty ads for Extra Safe Latex Condoms by Doc Morris Pharmacies.

The ads were done by Grey Worldwide (DÃ¼sseldorf, Germany).

Implications - The Creative Directors for this controversial but hilarious ad were Lindsay Cullen and Jorn Sonnenberg, who also served as the commercial's copywriter. The Art Director was Eric Straub, and the images were illustrated by Klaus Knuth.
5.5
Score
Popularity
Activity
Freshness