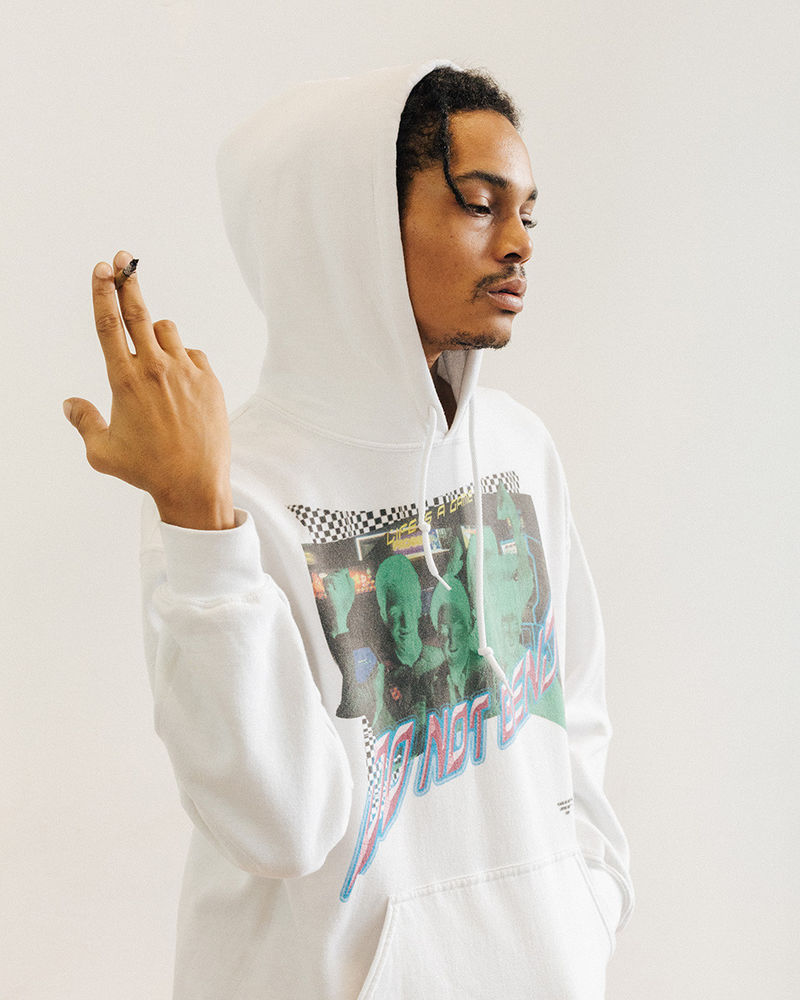 Do Not Bend is Inspired by Post-Cyberpunk and Michael Jackson

Amy Duong — March 8, 2018 — Fashion
References: do-not-bend & highsnobiety
Los Angeles-based streetwear label Do Not Bend now offers a new line of pieces by 22-year-old designer Cohen Michael. He was inspired by the post-cyberpunk aesthetics from Hollywood's Ghost In The Shell and the late Michael Jackson. The collection is filled with hand-printed graphics, 3D text details and subliminal messages. The new Do Not Bend collection offers an interpretation of the concept of modern living, which is over-digitization, industrialized surroundings and a surplus of packaging. Michael attempts to exude the idea of what the population would dress like if the world were to restart after an apocalypse.

The key component of this capsule is the re-purposed idea of the universal motif for recycling. It is repeated a total of three times on a t-shirt in a fire-themed gradient, spelling out "D N B." Do Not Bend quite literally recycles both images and words of culture by creating a new meaning. For example, the collection deliberately misspells the word "progressing" in the capsule to showcase society's fixation on development.
5.4
Score
Popularity
Activity
Freshness