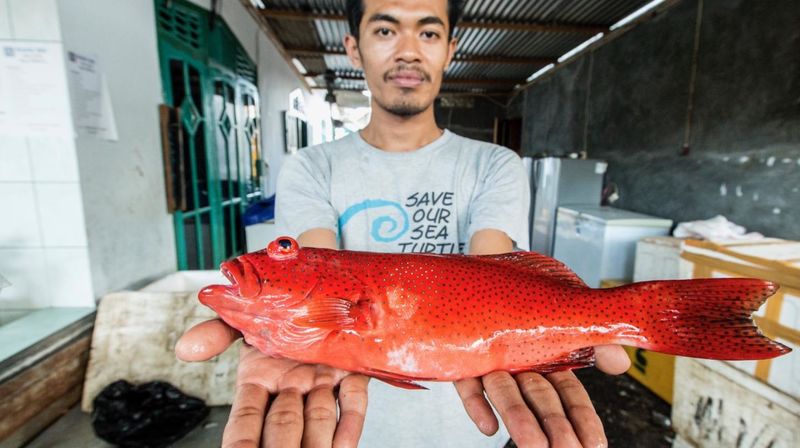 Justin Lam — January 17, 2018 — Tech
References: data-ikan.org & motherboard.vice
Share on Facebook Share on Twitter Share on LinkedIn Share on Pinterest
In an effort to curb overfishing, a group of Indonesian fishers have banded together to create a DIY fish database to protect their land and livelihood. The collaborative effort is being led and created by fishers involved in the Sustainable Grouper and Snapper Fisheries Program in Saleh Bay and the Indonesia's Directorate of Ocean and Fisheries. The ultimate goal of the initiative is to document stock conditions of grouper and snapper fisheries by utilizing community-based monitoring and scientific analysis.

Snapper and grouper have been commercially harvested in Saleh Bay since the 1990s, due in part to the increased demand from Hong Kong, Taiwan, Japan and the United Sates. Unfortunately, neither species is protected by Indonesia and with increased fishing, there could be dire consequences for the environment.

In order to effectively implement the initiative, fishers make use of an app called 'WCS Fish,' which allows the fishers to document their catches which will then be fed into the larger DIY fish database. With these community efforts, it may be possible to document the stocks of fish in the Bay and can aid in the prevention of overfishing.
0.7
Score
Popularity
Activity
Freshness
View Innovation Webinars