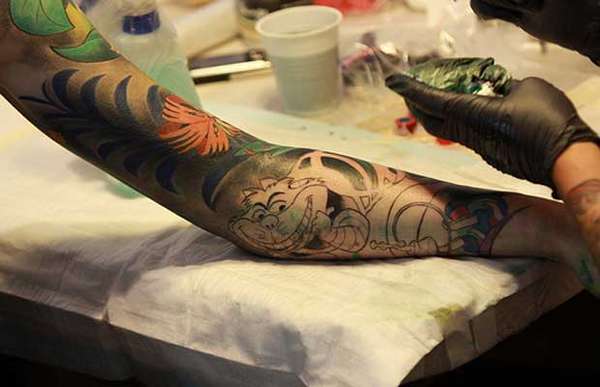 Jason Soy — May 8, 2012 — Unique
References: disneyink.tumblr & blog.thaeger
People with a strong affinity for Disney films and body art now have a place to congregate thanks to the Disneyink Tumblr. Featuring the eclectic tattoos fans of the studio have gotten, the burgeoning blog is quickly becoming a favorite among Tumblr users. The acclaim is well-deserved as the permanent work of talented artists is shared globally and viewers get to revel in the nostalgia of films like Lion King, Finding Nemo, The Little Mermaid and more. It’s a testament to Disney’s impressive productions, which invokes so much love that costumers are willing to undergo pain to pay homage to the company’s works.

Disneyink encourages and regularly receives submissions. Mickey Mouse himself is probably the character that inspires the most tattoos, with at least 2-3 posts dedicated to him within any given page.