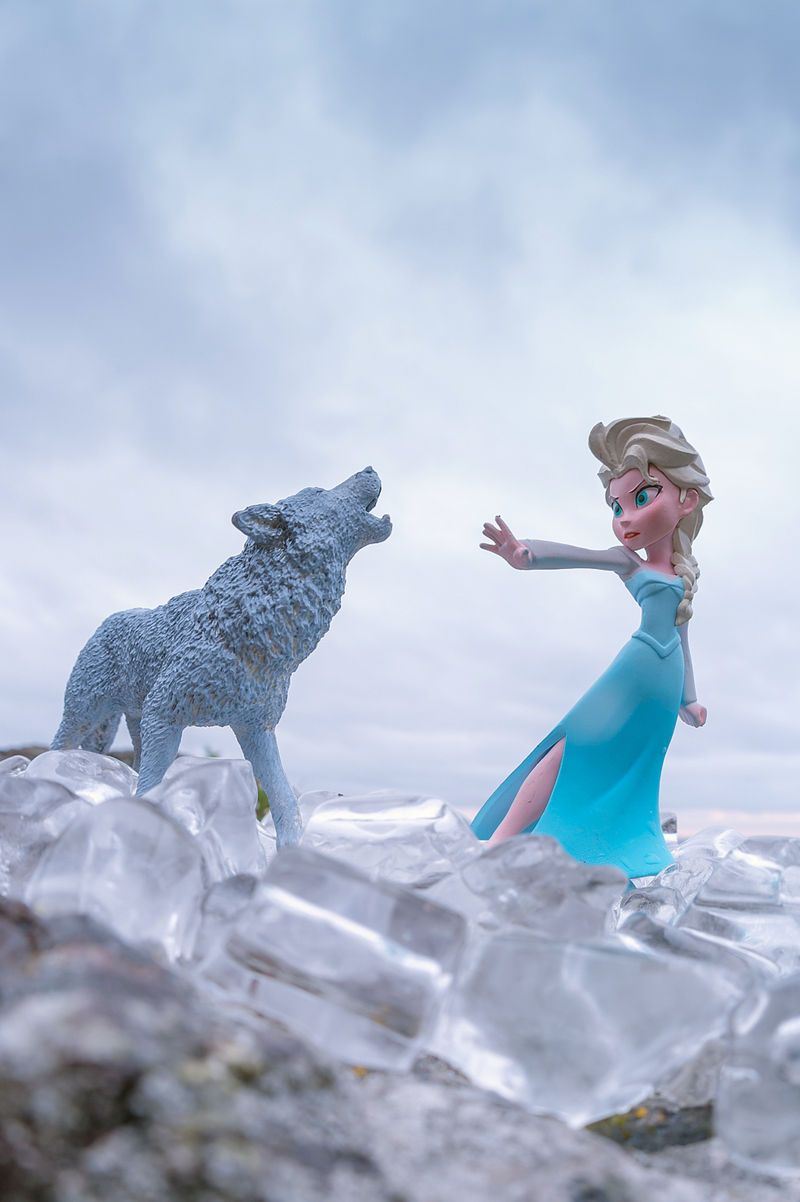 The series is made up of 15 photos, starring characters like Merida of Brave, Lightning McQueen from Cars, and Mr. Incredible himself. For the photography project, Disney aided the photographer by providing him with early access to the toys, including a yet-to-be-released Baymax figurine from the upcoming Big Hero 6 movie. As well as a super tight macro shot of each character and their immediate environment, Moses also snapped zoomed-out shots to give each of the creative photos some context, as well as put the tiny toys into perspective.