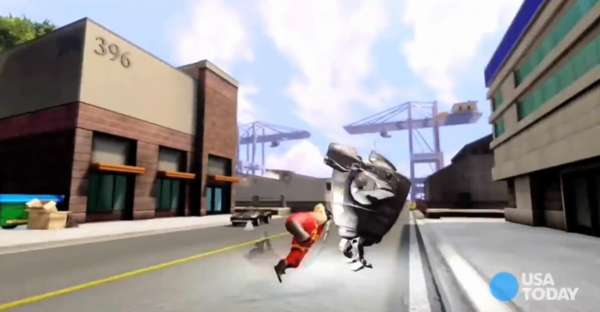 Laura McQuarrie — August 20, 2013 — Tech
References: infinity.disney & usatoday
Share on Facebook Share on Twitter Share on LinkedIn Share on Pinterest
The ‘Disney Infinity’ game transports real action figures into a virtual world. The new release comes with a stand for the action figures that integrates them into a video game environment. This is an easy way to prevent action figures from collecting dust on a shelf.

Disney Infinity is compatible with a number of consoles, including the Playstation 3, Xbox 360, Nintento Wii and Wii U. The base kit also includes three action figures from popular titles like Toy Story, Monsters University and Pirates of the Caribbean, although there are additional characters that can be purchased outside of this starter kit.

When the action figures are transported into the game, users can customize their virtual “Toy Box” and begin to build their own Disney-themed world. As well, playtime becomes even more collaborative, giving users the ability to share the worlds they create online.

Cute Computer-Animated Eyeballs
These Interactive Toys Could Change the Future