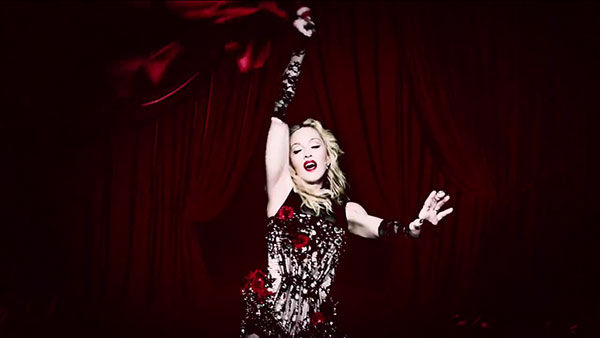 The theme of the video revolves around Madonna enslaving the men around her with her love. Throughout the music video, Madonna dons seductive clothing, while the men appear shirtless. J.A.C.K, a french duo who have produced commercials for several big brands, directed the music video.

Discover enables users to watch the 'Living for Love' music video for just 24 hours, after which the video will be removed and replaced with new content by Snapchat.

Since Discover was launched in late January, Madonna has been the most recognizable artist to have their music videos available through the app.
1
Score
Popularity
Activity
Freshness