After Dark Fashion Editorials
Next
Set of
Related
Ideas 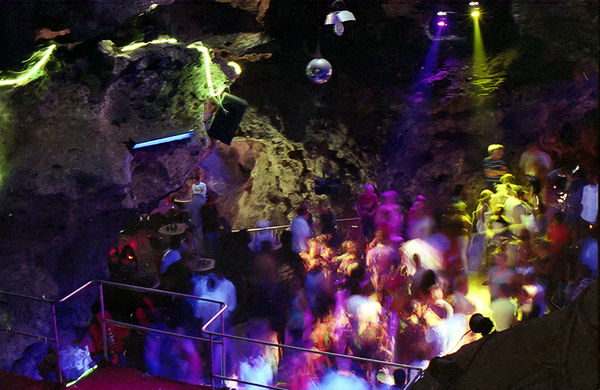 Michael Baxter — May 20, 2014 — World
References: alainsojourner & neatorama
Share on Facebook Share on Twitter Share on LinkedIn Share on Pinterest
Cuba is known for a lot of things, their cave nightclubs aren't typically one of them, but Disco Ayala is truly awe-inspiring. The club is literally inside a cave, not some sort of cave lookalike made to give off the impression that one is truly inside a stone face in the wall. The club features rugged walls, a damp yet inviting atmosphere and bats -- yes, bats.

Expect to see bats, get a few scrapes here and there on the rocks, but more than anything -- expect to have the most fun you've ever had in a cave.
0.8
Score
Popularity
Activity
Freshness
Access Advisory Services