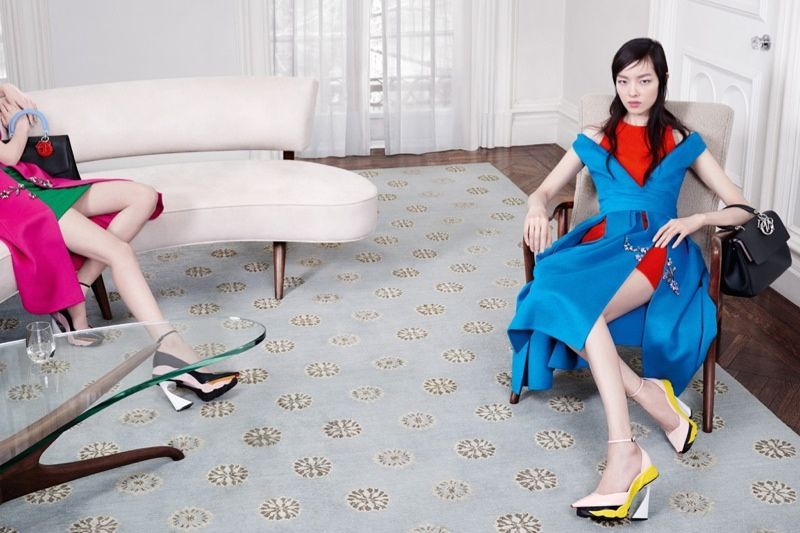 Meghan Young — July 10, 2014 — Fashion
References: dior & fashiongonerogue
Share on Facebook Share on Twitter Share on LinkedIn Share on Pinterest
The Dior Fall 2014 ad campaign is utterly elegant. Revolving around modern-day ladies in waiting, the looks are fit for today's royalty. Pop royalty, that is. Real princesses and duchesses may find the gorgeous outfits too stylish for decorum's sake. Yet wouldn't it be nice to see Kate Middleton in some of these colorful numbers?