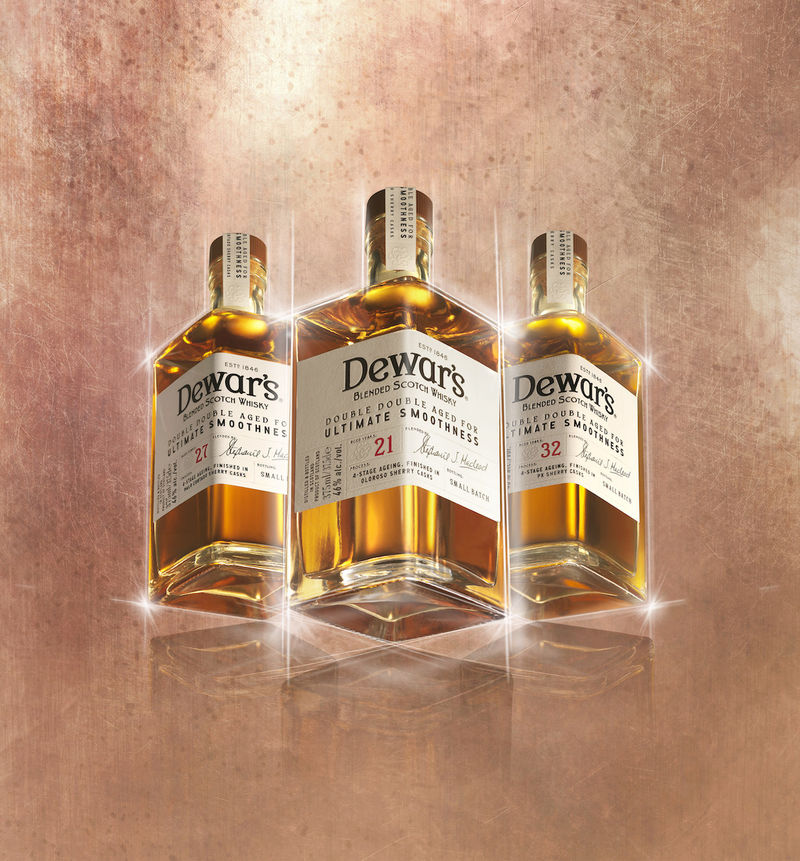 Laura McQuarrie — April 6, 2019 — Lifestyle
References: dewars & prnewswire
DEWAR'S DOUBLE DOUBLE is a small-batch premium blended Scotch whisky series that was created with an unprecedented four-step aging process. Although the brand is known for double-aging its whisky products, this new series shows its willingness to innovate beyond its highly awarded blended Scotch whisky, all the while staying true to its passion for age statements and smoothness.

The series includes DEWAR'S DOUBLE DOUBLE 21-Year-Old, 27-Year-Old and 32-Year-Old, each of which is finished in sherry casks and is said to have a unique flavor profile and an incredibly smooth finish.