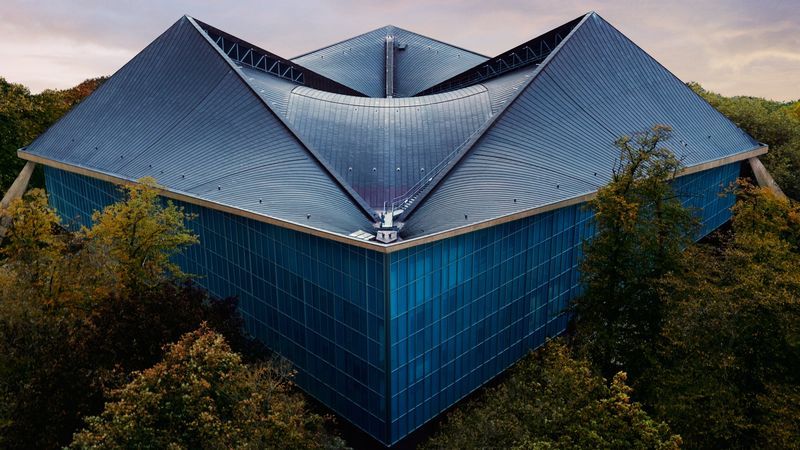 The 'Design Museum' London is Shaped Like the Kid's Game

Joey Haar — November 20, 2016 — Art & Design
References: designmuseum.org & dezeen
Share on Facebook Share on Twitter Share on LinkedIn Share on Pinterest
The new building for the Design Museum London is set to be unveiled, and its striking design elicits a sense of nostalgia for one's elementary and middle school days. The hyperbolic paraboloid roof of the building is immediately reminiscent of those origami fortune tellers that kids have made -- and continue to make -- to challenge each other to dares, spread cute rumors, and generally be kids.

The building, which is located in London's Kensington neighborhood, was designed by Dutch architecture practice OMA and architectural designer John Pawson. Pawson took charge of the new interiors of the Design Museum London, while OMA was responsible for the roof and other exterior sections.

Though refurbished, the origami-like roof is not a new design -- in fact, it was originally built in the 1960s for the Commonwealth Institute.
4.5
Score
Popularity
Activity
Freshness
Get Trend Hunter Dashboard