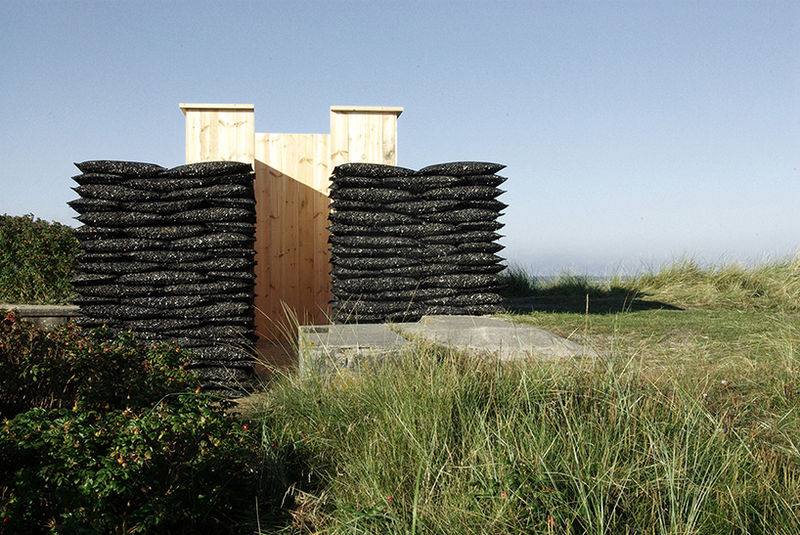 Derive Changes the Look of a Bunker with 'The Shellter'

Where regular war sandbags would normally sit, the team has filled up sacks with shells from the ocean, and placed them on top of one another. This way the idea of "shelling" during war is transformed into a more peaceful idea, far different than the regular artillery used at these times. Some concrete was also used to keep everything in place.

This work can be found in Denmark, and was completed as part of a festival in the area, in which Derive decided to participate.

Hypnotizing Disk Installations
The Candela is a Luminescent Spinning Wheel