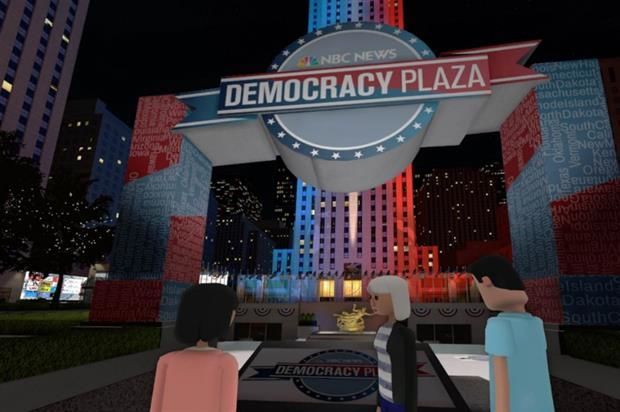 Laura McQuarrie — September 23, 2016 — Tech
References: nbcnews & eventmagazine
Share on Facebook Share on Twitter Share on LinkedIn Share on Pinterest
In preparation for the US elections, NBC News collaborated with AltspaceVR to create 'Democracy Plaza,' a virtual reality recreation of New York's Rockefeller Center Plaza. In this virtual space, users are able to tap into debates, question and answer sessions, as well as a few political-themed comedy events. Democracy Plaza is accessible to anyone who has access to a virtual reality headset; those who tune into the experience will be able to watch the upcoming debate between Donald Trump and Hillary Clinton, all the while interacting with other people tuning in around the world.

Ahead of this year's US presidential elections, there have been tons of online tools and apps created in order to get young Americans engaged in the issues and invested in voting.
3.4
Score
Popularity
Activity
Freshness
Access Advisory Services