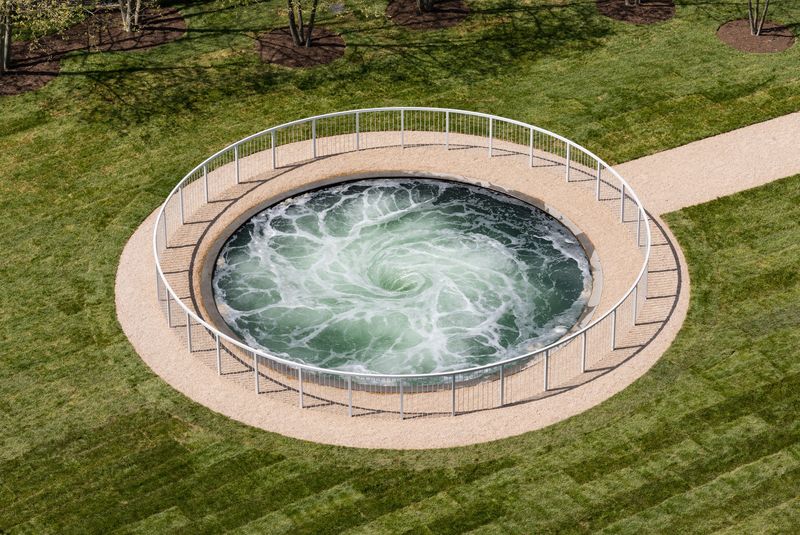 Anish Kapoor's 'Descension' is Part of the NYCxDesign Festival

The tornadic pool recently opened in Brooklyn Bridge Park, a popular tourist destination in the New York borough thanks to its truly unparalleled vantage point of lower Manhattan. And though that view is typically tough to look away from, Descension might be enough to distract some attention.

The pool is large, measuring a circle with a 26 foot diameter. It has a railing for safety, but viewers can still get close enough to peer down into the abyss.
4.6
Score
Popularity
Activity
Freshness
Get Trend Hunter Dashboard