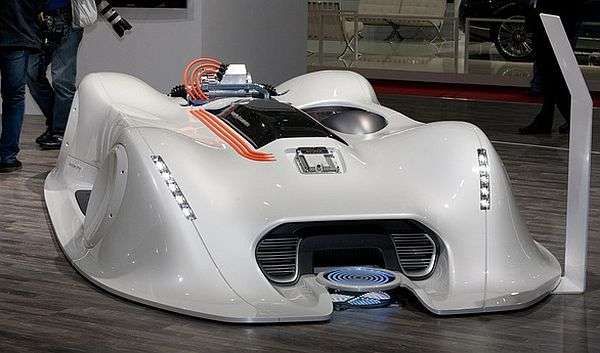 Meghan Young — March 8, 2012 — Autos
References: jalopnik & designbuzz
Share on Facebook Share on Twitter Share on LinkedIn Share on Pinterest
The Dawn car concept looks like it has had a tarp put over it to protect it from various weather conditions. To others, it can also look like an enlarged Roomba vacuum cleaner. Nevertheless, it is not a car that has been put away for the winter season nor does it pick up dirt and debris when driven around. Instead, the Dawn car concept is a low-riding, futuristic electric vehicle that boasts a rear-engine and single-seat with a wireless induction charger housed up front.