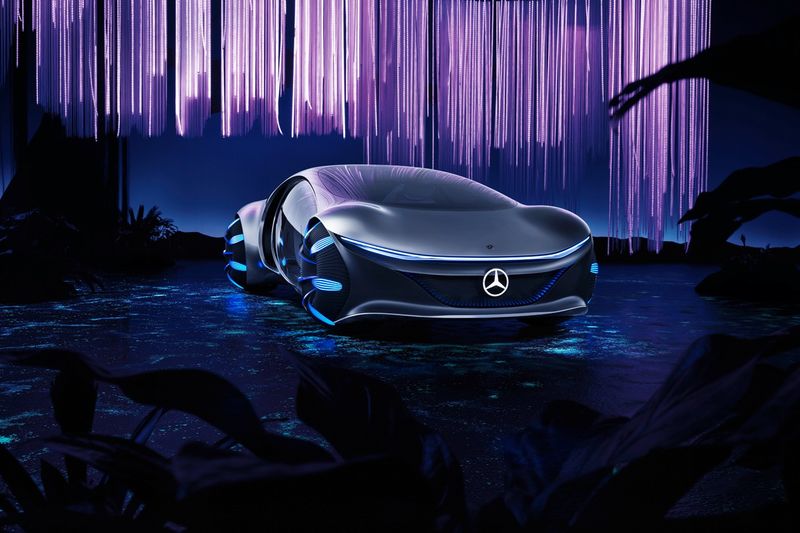 Daniel Johnson — January 7, 2020 — Autos
References: mercedes-benz & hypebeast
Share on Facebook Share on Twitter Share on LinkedIn Share on Pinterest
Mercedes-Benz created a concept car titled the 'VISION AVTR,' which takes design inspiration form the 2009 film, 'Avatar.' Mercedes-Benz showcased the VISION AVTR at CES with the director of the 'Avatar,' James Cameron. The name AVTR stands for ADVANCED VEHICLE TRANSFORMATION, and the car was designed to explore the reciprocal connection shared by humans and machines.

Mercedes-Benz decided to include a UX in the interior, instead of a conventional dashboard. This will allow the owner of the car to access the controls while being driven autonomously. The car is powered by a graphene battery cell that uses compost instead of rare earth metals. This makes the battery entirely recyclable and waste-free.

Designing the Vision AVTR allowed Mercedes-Benz to look to the future of transportation, and what implications that could have on the relationship between humans and machines.