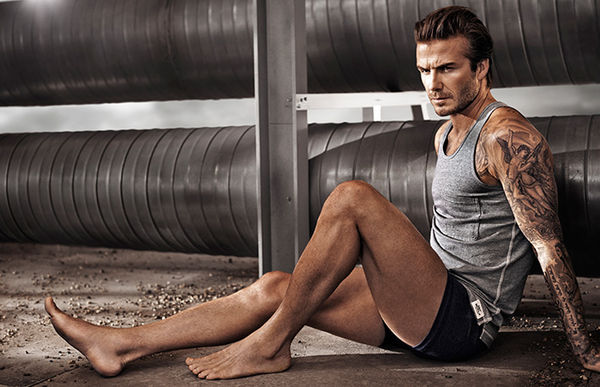 Michael Hemsworth — January 27, 2014 — Marketing
References: hm & nitrolicious
Continuing the successful collaboration for another season, the David Beckham for H&M Bodywear Spring 2014 collection is once again being promoted with advertisements that feature the soccer star in a variety of styles that boast about the versatility of the items. The campaign, set in what appears to be a construction site or industrial site of sorts, is shot by director Nicolas Winding Refn who has produced such blockbusters as Drive and Only God Forgives.

The David Beckham for H&M Bodywear Spring 2014 campaign highlights a few of the most popular styles including undergarments and casual wear that's focused on delivering versatility, but also style. The David Beckham for H&M line has proved an ability to sell in recent years, so it's likely we'll continue to see the collaboration continue if sales and reception maintain positive.
3.7
Score
Popularity
Activity
Freshness