Stacy McCoy, Co-Founder of Give to Get Jobs
Next
Set of
Related
Ideas 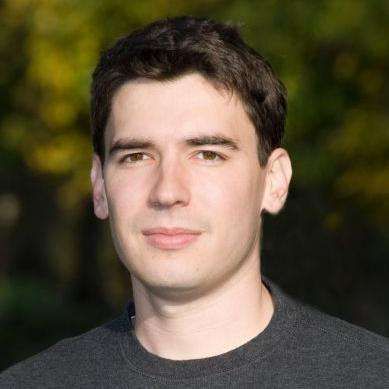 Bianca — March 26, 2012 — Social Good
References: 1bog.org
Share on Facebook Share on Twitter Share on LinkedIn Share on Pinterest
We recently profiled a solar company in California called One Block Off the Grid, which allows residents to gain affordable access to solar technology for their homes. Initially they did this through group buying based on neighbourhood collaboration, but the model has moved to one that offers even further reduction in cost and stress.

Today we have the honour of sharing our interview with One Block Off the Grid's CEO, Dave Llorens, in which he shares -- for the first time publicly -- how the business model has been evolving.


4 Questions with Dave Llorens, CEO of One Block Off the Grid

1. How did the idea for the business model come about?
I got a job as a solar sales guy because I wanted to get my hands dirty in the industry. I was a San Francisco sales rep and was selling at a time when the economics of solar were mind-blowing because of a local subsidy that was dialed up way too high (basically, if you owned a home in San Francisco at the time and you didn't go solar, you were nuts). But solar was still a hard sell because no one knew what it should cost, how to find a good contractor, or how to compare bids. It was too damn complicated for a normal human.

We thought if you could get a group of interested customers together, you could cut a great deal with a reputable contractor on behalf of the group and raise the trust factor, too, because everyone was involved.

This model worked really well for a while, but it relied on the local contractors’ sales abilities, which didn't scale. So we built a bunch of fancy in-house IP that uses the latest in satellite photography and now we just design and sell the systems ourselves right from our offices in San Francisco.

Homeowners love being able to do everything over email or phone and our pricing is still fixed and transparent. We also swapped out the group deal part in favor of having access to all the best deals in their area through a network of our trusted contractors and financing partners. Our business model is still about removing the bottlenecks in solar for homeowners. We just got better at it.


2. How did you decide to join this sector?
My best buddy from high school moved up to Portland sometime around 2006. He penciled the economics of solar for me on a house, and I said, "Yah, that beats any other fixed-rate investment you could make... How come nobody has this on their house?" And that was all she wrote, I wanted in. However, since then, I would say the sector does not move at... "startup speed."


3. How do you get your inspiration?
The people I work with. As for books, I think if you can make these four books part of your DNA, then you can "see the Matrix" of the business universe: Good to Great, Built to Last, Made to Stick, Thinking. Fast and Slow. As for movies? Ghostbusters. The ultimate startup.


4. How do you reset yourself to be creative? Do you have any rituals?
Good question. I should, but I don't. It's hard to manufacture those times when the light goes off. Usually happens in the shower. I guess I could take more showers.

Edouard de Broglie, Founder of Dans Le Noir (INTERVIEW)
A Restaurant Where You Dine in the Dark