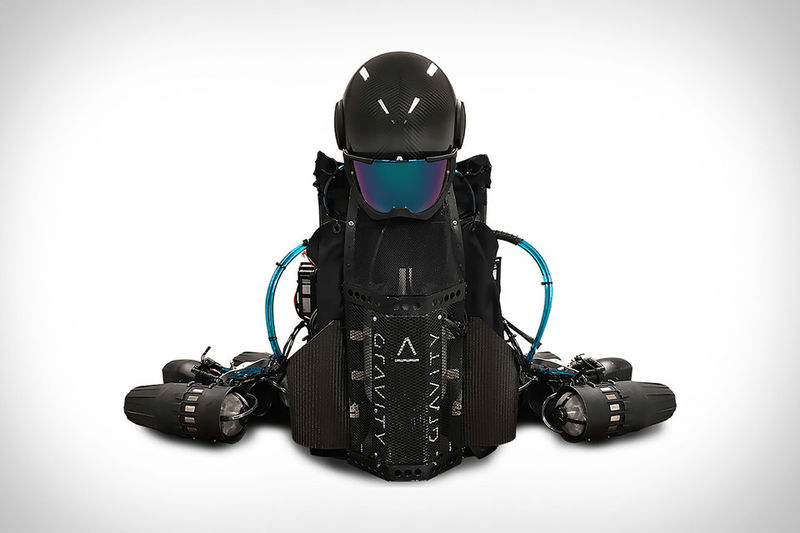 Justin Lam — July 23, 2018 — Autos
References: nbcnews & uncrate
Share on Facebook Share on Twitter Share on LinkedIn Share on Pinterest
The ability to soar through the air without a plane has been a dream for many people and the Daedelus Jet Suit finally makes this vision of the future a reality. Designed by British inventor Richard Browning and created by Salisbury-based Gravity Industries, this incredible piece of engineering consists of five small kerosene-fueled turbine engines. One of these engines is located on the back of the suit, while each arm houses two engines. The combined engines give the Daedelus Jet Suit 1,000 horsepower and can be used for up to four minutes of flight.

In addition to the incredible amount of horsepower, the Daedelus Jet Suit is also capable of hitting speeds over 30 mph and can propel users 12,000 feet in the air. Those hoping to own this jet suit should expect to spend upwards of $400,000 and can purchase the suit at Selfridges London.