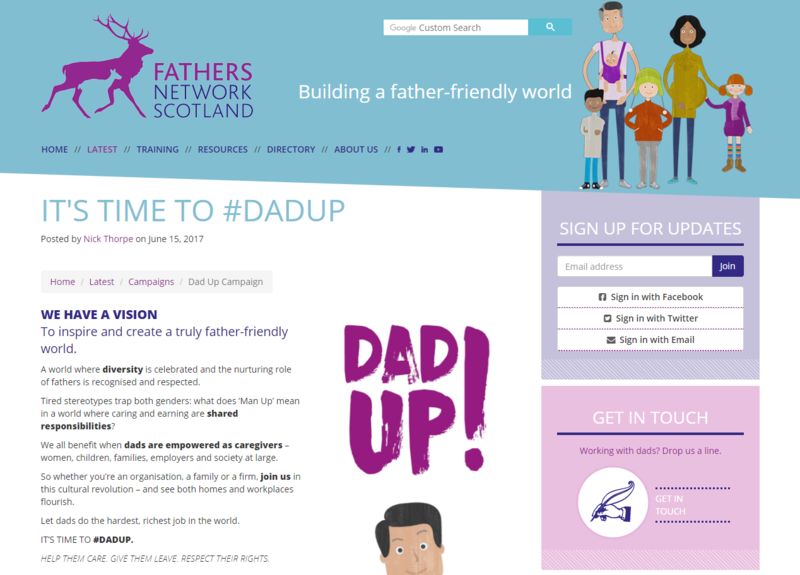 Riley von Niessen — February 7, 2018 — Social Good
References: facebook & fathersnetwork.org.uk
Fathers Network Scotland is behind the creation of the #DadUp campaign, which aims to bring more awareness to the need to incorporate men into laws revolving around workplace leave for child care.

As the organization states, many of the current laws that reflect dated gender stereotypes further contribute to a lack of equality in the workplace, as well as in home life. By helping to fund and build services that contribute to assisting fathers who are looking to be the primary caregivers, #DadUp intends to generate further changes to legislation.

In addition to benefiting fathers, Fathers Network Scotland aims to help career-focused women, and same sex couples who are also affected by dated laws that prevent the role of caregiver from being distributed as each family sees fit.
5
Score
Popularity
Activity
Freshness