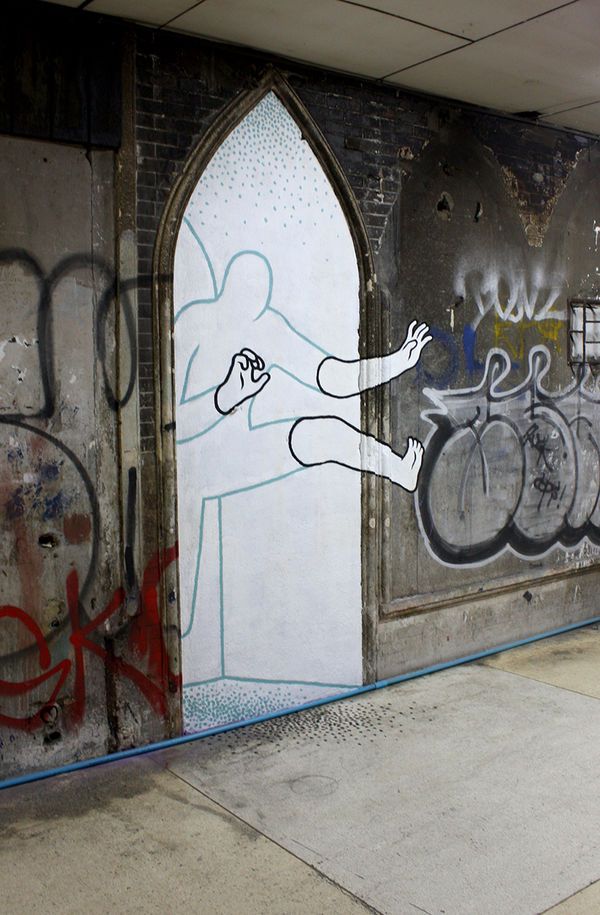 Meghan Young — November 7, 2013 — Art & Design
References: behance.net & thisiscolossal
Share on Facebook Share on Twitter Share on LinkedIn Share on Pinterest
The work of Daan Botlek, a street artist and illustrator based in Rotterdam, the Netherlands, revolves around character-driven graffiti that would entertain and impress just about anyone. Specific to each site, Daan Botlek's simplistic, ghostly character interacts with his (or her) surroundings in such a way that people will be hard pressed not to be amused.

Whether Daan Botlek has them trapped under a heavy rock or on the ledge of a tall building, his fans will immediately feel a sort of emotional connection with them, which can be somewhat rare with it comes to this form of art. A few of Daan Botlek's artworks were created as part of the exhibition 'If paradise is half as nice,' which took place in Leipzig, Germany. He partook with five other Dutch artists.
4.3
Score
Popularity
Activity
Freshness
View Innovation Webinars