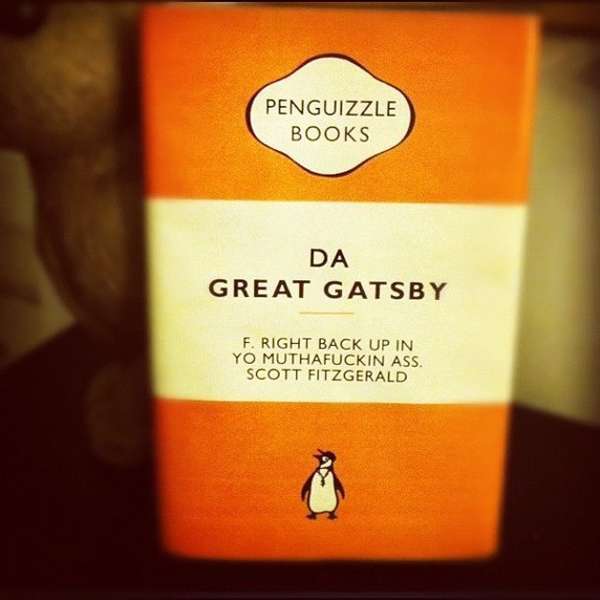 Alyson Wyers — September 6, 2013 — Naughty
References: thebookpatch & fancy
'Da Great Gatsby' is a ganger version of F. Scott Fitzgerald's literary classic. Released by the fake book publisher 'Penguizzle Books,' the parody's cover art imitates the classic orange and white design of publishing powerhouse Penguin Books. According to this edition, the book was actually authored by 'F. Right Back Up in Yo Mothaf***in A** Scott Fitzgerald.'

'Da Great Gatsby' is full of inappropriate and obscene language. The book began as an artistic parody, but evolved into a vaguely racist novel. It appears as though the plot follows that of the original, but in more colorful terms. While the wording would be considered offensive to some, it might still pique interest in a younger generation, especially those that have seen the recent film adaptation, to go back to the original source material.
1.1
Score
Popularity
Activity
Freshness