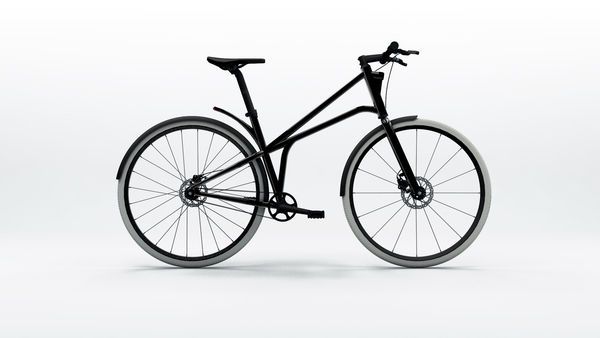 Meghan Young — April 30, 2014 — Art & Design
References: cylo.cc & uncrate
Share on Facebook Share on Twitter Share on LinkedIn Share on Pinterest
There are many things that urban cyclists neglect when commuting around the city, one happens to be helmets and the other lights; the Cylo One Bike takes care of the latter. It boasts built-in break and head lights to ensure that the cyclist remains as visible as possible while carousing along the busy streets of their town. These lights, which are very strong, are powered by the kinetic energy generated by the pedaler him- or herself.

Designed by two French brothers based in Portland, Oregon, the Cylo One Bike also features a lightweight frame and clean design to appeal to stylish city-dwellers. Available in three colors (white, orange and black), the Cylo One Bike considers three of the most important elements when designing such a product: performance, functionality and, as already mentioned, style.
6.7
Score
Popularity
Activity
Freshness
Access Advisory Services