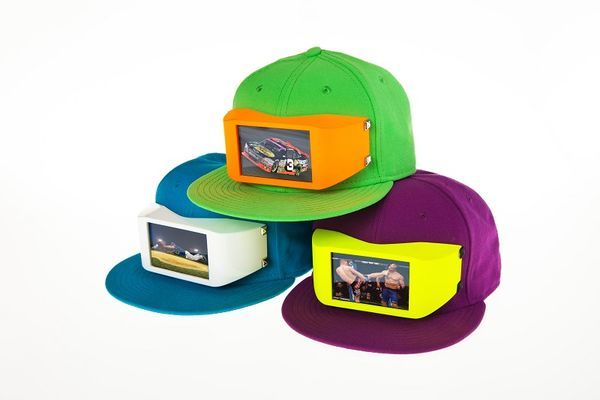 Show Your Favorite Videos to the World Using the Cyclops Cap

Nikki Taylor — October 29, 2013 — Tech
References: cyclopscap & indiegogo
Share on Facebook Share on Twitter Share on LinkedIn Share on Pinterest
The Cyclops Cap is a one-of-a-kind high-tech innovation that fuses the popular snapback with a LCD screen so that individuals are able to visually share their personality with the world around them, without having to make a sound. Imagine walking down the street with the image of your favorite celebrity or the most epic moment of last night’s NFL game projected on your hat?

As mentioned beforehand, the cap features a LCD display in a plastic, waterproof housing that is able to display a photo or even a video and is easily controlled by a Smartphone. There is also an “Easy Talk” capability, which allows owner’s to communicate through the cap by writing what they wish to say in the Cyclops text editor; a very useful tool to spread a bit of cheer during a stroll in the city or for those with disabilities. The Cyclops Cap can play up to 8-hours of video.

According to the Russian company’s website, the goal of the revolutionary Cyclops snapback is to promote creativity and to “empower your imagination.”

Pinboard Rapper Caps
The D.Original Cork Snapback is a Portable Message Board