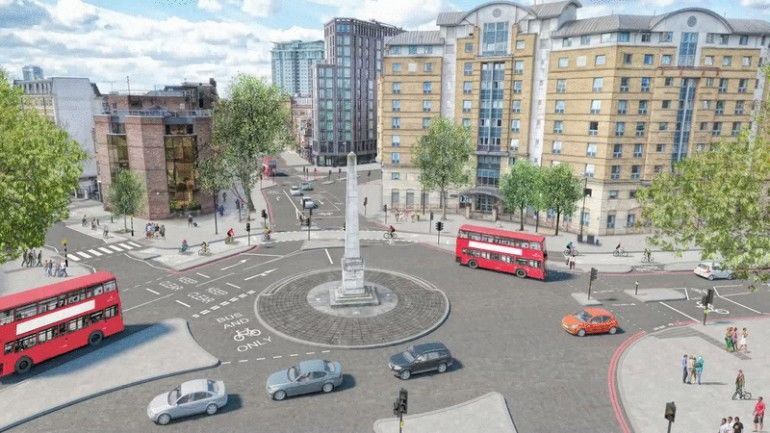 The Cycling Superhighways Will Make London a Better Cycling City

Rahul Kalvapalle — January 30, 2015 — Eco
References: gov.uk & gizmag
Cycling in downtown London is said to get a whole lot easier with the construction of a pair of Cycling Superhighways. If approved by London's transportation authorities, building work on the routes will begin in March. Billed as "Europe's longest substantially segregated urban cycleways", plans were first revealed in 2013; however changes have since been made to minimize disruption to motorists.

Specifically, the proposal has been altered to reduce the impact on morning rush-hour commutes for drivers from 16 minutes down to six minutes -- between Limehouse Link and Hyde Park Corner. The Cycling Superhighway will ensure that cyclists are segregated from the road by a kerb at all times, barring one area near the Upper Thames Street tunnel.

This is a great example of how innovative planning can ensure the safety and convenience of cyclists and motorists alike.
3.3
Score
Popularity
Activity
Freshness