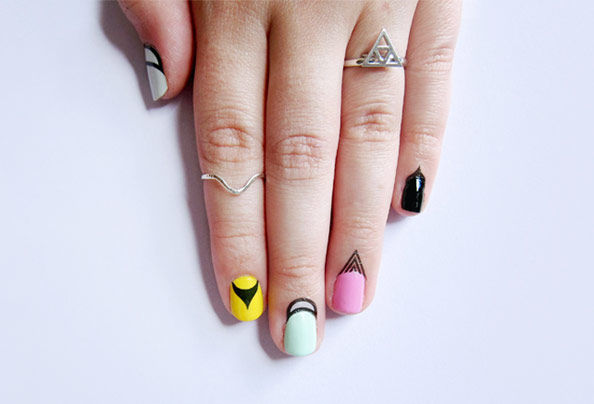 Meghan Young — April 21, 2014 — Fashion
References: shop.radnails & news.instyle
The next evolution of the nail art fad comes in the form of Cuticle Tattoos. As though blending manicures with the art of henna, it brings another dimension to the nail craze that has taken over the lives of many chic women. Considering that delicate tattoos are all the rage as well, these temporary Cuticle Tattoos could inspire permanent ones in the near future.

Designed by Rad Nails, which was founded by Chrissy Mahlmeister, who teamed up with graphic designer (and boyfriend) Joshua Covarrubias, the Cuticle Tattoos currently come in three styles: Another Round, Your Point? and In a Pinch. They go on black, but perhaps Rad Nails will introduce more colors in soon.
6.1
Score
Popularity
Activity
Freshness