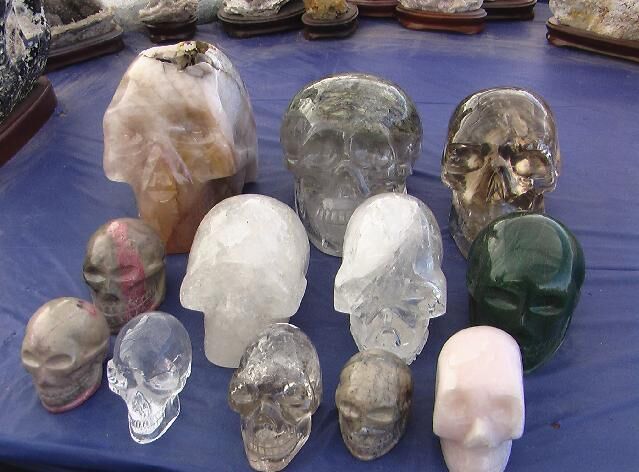 Bianca — July 10, 2008 — Pop Culture
References: ap.google
Crystal skulls have captured the fascination of people the world over, thanks to Indiana Jones and the Kingdom of the Crystal Skull which brought the topic to the forefront of media attention. The intriguing part about the crystal skulls is that they're not just a mythical symbol in the movie -- they actually exist in real life.

Real crystal skulls have been found and are presumed to be the created of ancient Mesoamericans (Aztecs, Mixtecs, Toltecs or Maya.)

After all the hype around the crystal skulls, the Smithsonian Museum of Natural History decided to use the opportunity to lure in new patrons by putting their 30 lb, 10 inch high crystal skull on display.