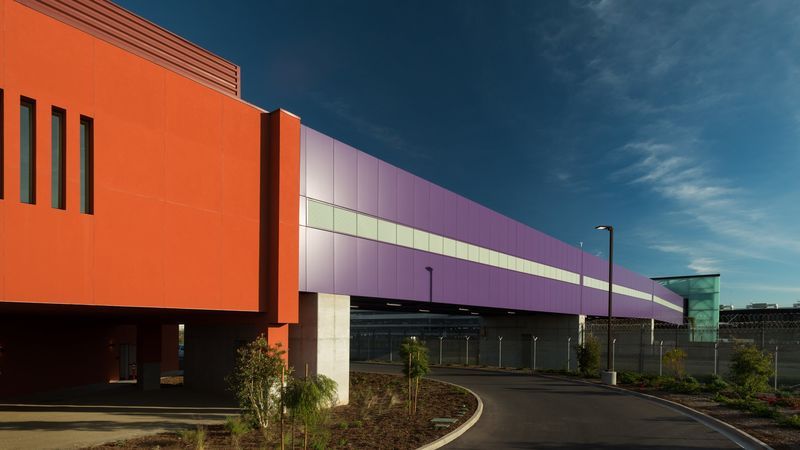 Joey Haar — November 4, 2016 — Art & Design
References: legorretalegorreta & dezeen
Share on Facebook Share on Twitter Share on LinkedIn Share on Pinterest
Donald Trump, the Republican candidate for the upcoming US presidential election, has been outspoken about his desire to build a massive wall between the US and Mexico, and Mexican architecture firm Legorreta has thumbed its nose at that idea by designing the Cross Border Express. The project is a bold, colorful bridge between the two countries that not only protests Trump's vision of American isolationism in its aesthetic, but also makes moving across the national border more expedient.

Legorreta's Cross Border Express connects the cities of Otay, USA and Tijuana, Mexico. The project includes terminals on each side of the border, but its most striking feature is the royal purple pedestrian bridge that stretches across the border. Its primary purpose is to make crossing the border as pleasant an experience as possible for both Americans and Mexicans.
0.8
Score
Popularity
Activity
Freshness
Get Trend Hunter Dashboard