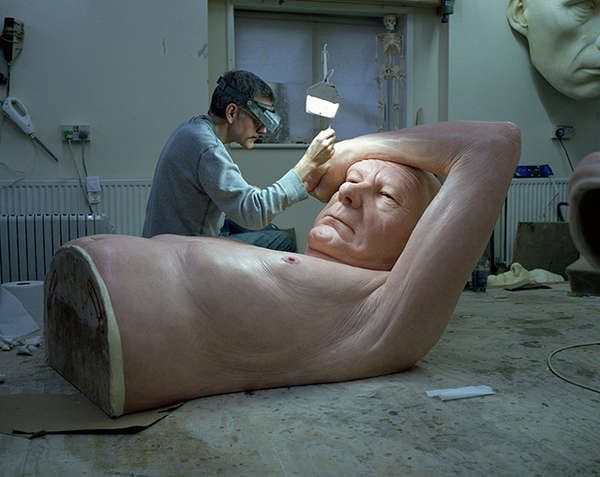 Couple Under an Umbrella by Ron Mueck is Astoundingly Life-Like

Meghan Young — May 23, 2013 — Art & Design
References: en.wikipedia.org & thisiscolossal
Share on Facebook Share on Twitter Share on LinkedIn Share on Pinterest
The Couple Under an Umbrella sculpture is an incredibly feat of scale and detail. If not for their large size, people might have mistaken them for real human beings. From the creases in the skin to the emotion in the eyes, it is hard to imagine that they aren't simply lounging in repose on the sands of a beach. But like the artist's past work, they are nothing more than silicone instead of skin and bone.

Created by hyperrealist sculptor Ron Mueck, the Couple Under an Umbrella sculpture is made up of a man and a woman, presumably a married couple. Interestingly, they are older individuals, which makes the execution even more impressive.