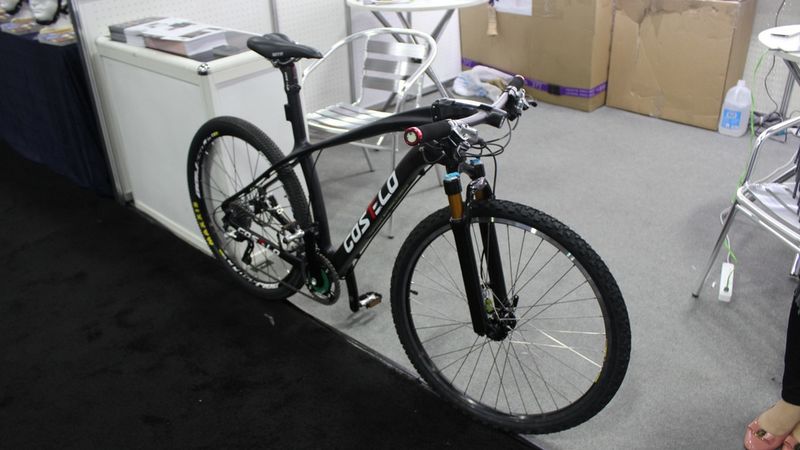 The Cotlo Corvus Smart Bike Can Detect Cars Coming From Behind

Rahul Kalvapalle — September 23, 2015 — Autos
References: cotlo & gizmag
Share on Facebook Share on Twitter Share on LinkedIn Share on Pinterest
The Cotlo Corvus smart bike is a bike that is equipped with a special car-detecting rear radar system. This radar setup works in conjunction with a built-in OLED display to enable the rider to detect when cars are approaching from behind. A prototype of this interesting bike was revealed at Interbike 2015.

The Corvus was developed by the little-known Chinese technology firm Cotlo and is being promoted by Costelo Sports. At first glance, the Corvus smart bike looks like yet another carbon fiber mountain bike. However, there's clearly a lot more to it.

The bike's OLED screen, in addition to displaying information about cars approaching from behind, also displays data such as speed, distance traveled, calories burned and cadence. The bike's current location on a map can also be displayed via a smartphone app, making this one bike that increases both convenience and safety.
1.6
Score
Popularity
Activity
Freshness
Get Better and Faster