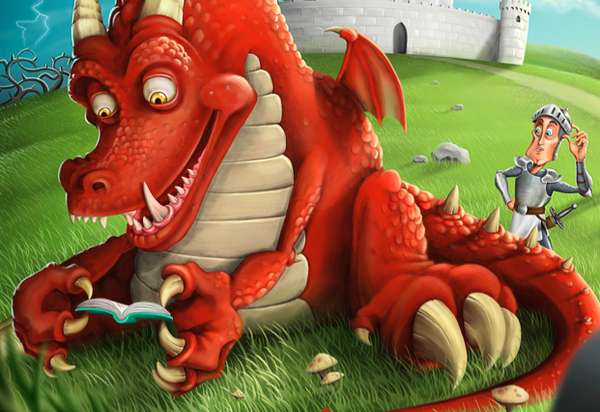 Even the fierce dragon that dominates a castle and the wicked witch who casts evil spells are likely closet bookworms as well. In one scene, the viewer witnesses the knight in shining armor as he whisks his princess away on a horse while the fire-breathing beast delightedly absorbs a book. In the second, Snow White and the seven dwarfs escape as the sorceress soaks up a story.