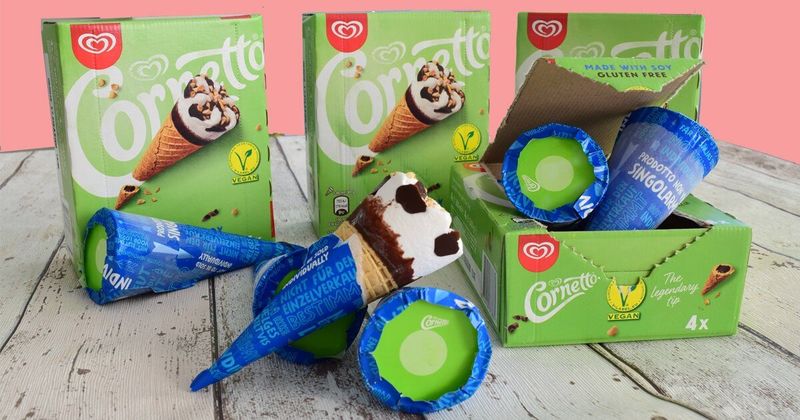 Laura McQuarrie — January 19, 2018 — Lifestyle
References: peta.org.uk
A rise in plant-based eating has inspired many consumers to clean up their diets and either reduce or eliminate the amount of animal products they consume—as such, a number of major brands are releasing vegan-friendly versions of their signature products, such as Cornetto with its 'Cornetto Veggy.'

Early into 2017, Cornetto announced that it would be launching the Cornetto Veggy in Italy and now, the product is set to be available in the UK. The dairy-free ice product boasts a soy-based ice cream that is placed in a gluten-free cone lined with chocolate that is topped with nuts and even more chocolate.

During the last year, other big-name ice cream brands like Ben & Jerry's and Häagen-Dazs released their own vegan ice cream products as a means of satisfying the demand for more plant-based options.
4.3
Score
Popularity
Activity
Freshness