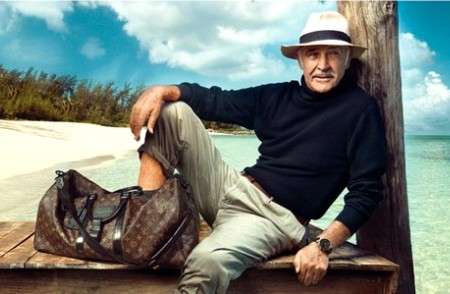 Sean Connery Goes Back to Basics for Louis Vuitton

Sean Connery was snapped by Annie Leibowitz for the Louis Vuitton ad. The original 007's ad will run sometime this month, just in time for 'Quantum of Solace.' The ageless icon is 78 but looks stunning in this ad.