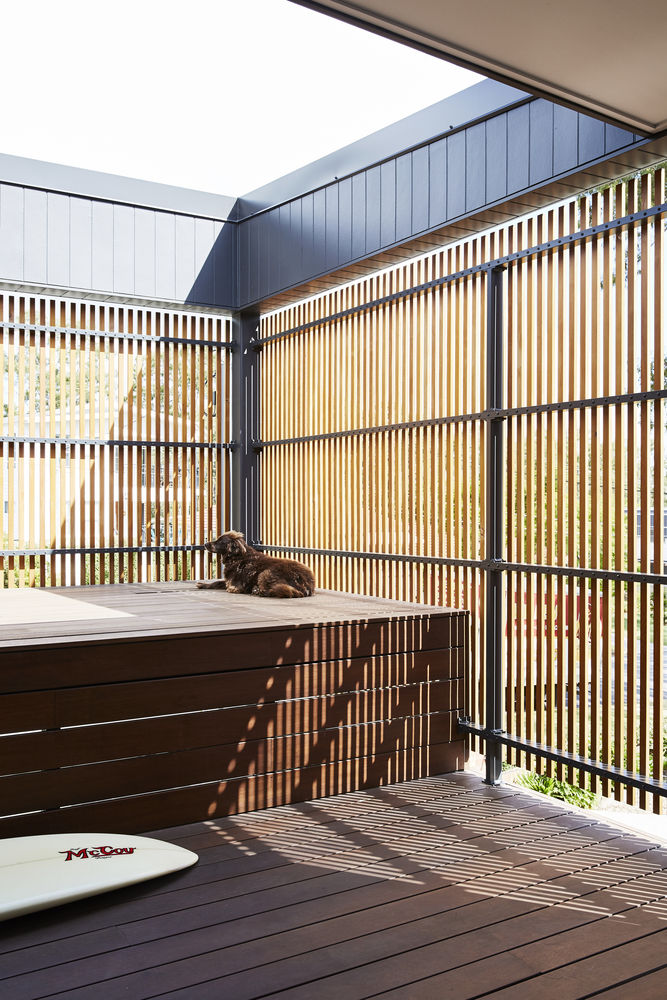 Joey Haar — June 8, 2018 — Art & Design
References: archdaily
Share on Facebook Share on Twitter Share on LinkedIn Share on Pinterest
'Coorparoo House' is in Brisbane, Australia, so it's a part of one of the more populated cities in the country. However, the family home isn't immune to the charms of the natural world in the subtropical climate, and so Alexandra Buchanan Architecture, the studio behind the house, has done an excellent job of giving the residents the best of both worlds.

Coorparoo House is almost entirely open, with patios and lounge areas that surround nearly the entire property. In order to give the residents some semblance of privacy, some of that space is covered by elegant timber slats, though the rest gives the home views of both the city skyline and a nearby eucalyptus grove.