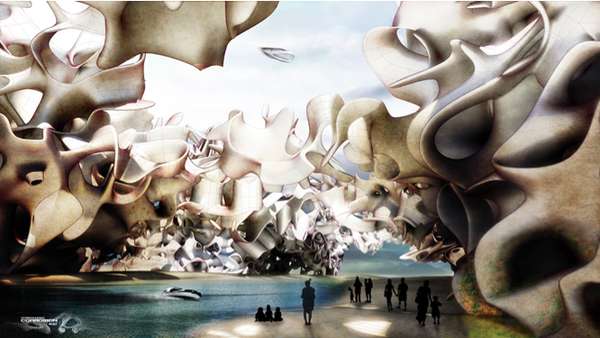 Convoluted Corrosion Imagines the Organic Growth of the Future City

Designers Sebastian Bialkowski, Ana Stefanovic, Xintian Li, Andrew Mogylnyi, Mahmoud el Hakim and Claudia Stoica collaborated on this fantastical simulation of the evolution of the urban environment. It is based on the notion that society and its artificial surroundings will come to behave more and more like an expanding and changing organism that is constantly undergoing a quickening cycle of producing and consuming.

Convoluted Corrosion actually imagines how Maribor, Slovenia might look one hundred years in the future. It anticipates the swallowing up of suburban settlements and the increasing population in the city's complex core.
2.2
Score
Popularity
Activity
Freshness
Attend Future Festival