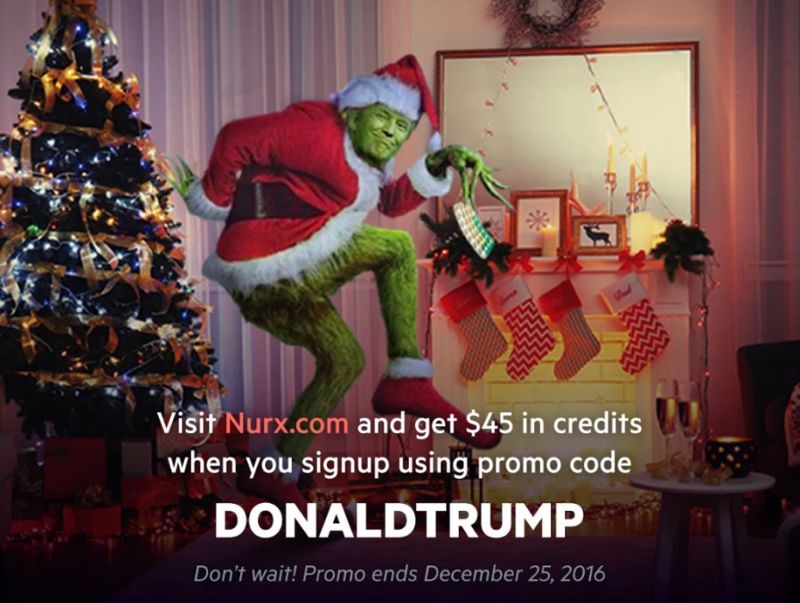 After the current president-elect's nomination, his and his team's promises to defund Planned Parenthood, make abortion illegal, and repeal the Affordable Care Act which could result in women having to pay for their birth control – were all suddenly much more real and ominous. Besides being revealing of Trump's stances on women's rights for control over their own bodies, the effects of his proposed taxes will lead to a decrease of education in this already misunderstood field, as well as result in women taking potentially dangerous alternatives in the face of an unwanted pregnancy – all while predominantly effecting low-income women and girls. In its own protest of Trumps election, Nurx is offering a $45 credit for women who use the code "DonaldTrump" – which is enough money for about three months of birth control packs.

This unique promotion works to make a political stance that solidifies Nurx's role in being a progressive service that supports women's rights as human rights.
3
Score
Popularity
Activity
Freshness
Get Trend Hunter Dashboard