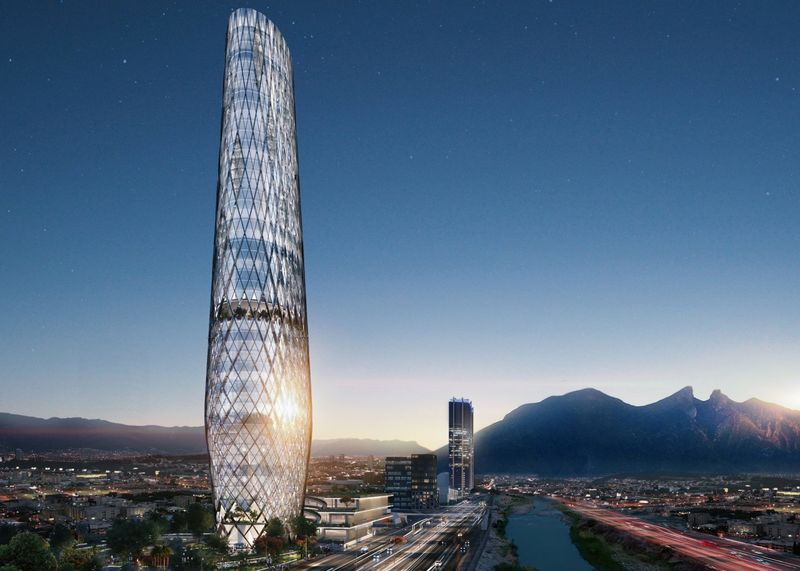 The Constitución 999 Tower Features a Lattices and Louvered Facade

Joey Haar — February 23, 2018 — Art & Design
References: sordomadaleno & dezeen
Share on Facebook Share on Twitter Share on LinkedIn Share on Pinterest
At the turn of the 21st century, most of the skyscrapers that were built featured relatively uniform designs, but Constitución 999 shows just how far architecture and engineering have come in that relatively short period of time. The tower, which was designed by architecture firm Sordo Madaleno and is set to built built in Monterrey, Mexico, features a slender form that gradually widens and tapers, much like the shape of a torso wrapped in fabric.

At 54 storeys, Constitución 999 will be the tallest tower in Monterrey. According to plans, the tower itself is set to house offices and a hotel on the lower half, while the upper half will be dedicated to residential space. Nearer to the ground, Constitución 999 will be surrounded by low rises that will hold commercial spaces, and those buildings will be topped with publicly accessible gardens.