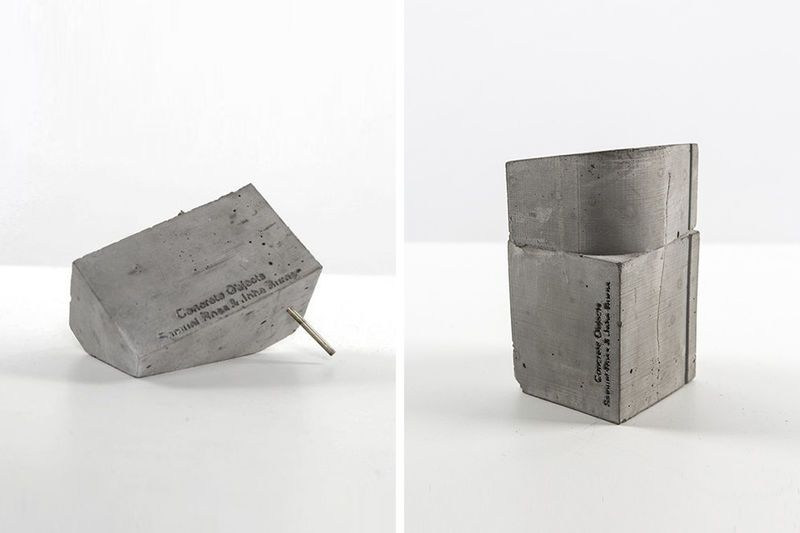 Amy Duong — March 19, 2018 — Art & Design
References: slamjamsocialism & highsnobiety
Share on Facebook Share on Twitter Share on LinkedIn Share on Pinterest
Concrete Objects is the creative result of blending together the minds of A COLD WALL's Samuel Ross and fellow designer Jobe Burns. The two have an ongoing collaboration and deliver aesthetics that surround industrialism, brutalism and bauhaus concepts. Overall, Concrete Objects can be taken literally, as the offerings are concrete objects themselves. The designers collectively craft home accessories that are both simple and impactful.

There is this unique minimalism that the collection exudes because they are not only pieces of concrete, but they also are intricately designed and thought out. There are asymmetrical details and contradicting clean cuts. Some offerings from Concrete Objects include candle holders, trays, display cups and incense burners to name a few. All of the pieces are crafted from solid concrete, staying true to their nam, with branding done with engravings.
5.5
Score
Popularity
Activity
Freshness
Access Advisory Services