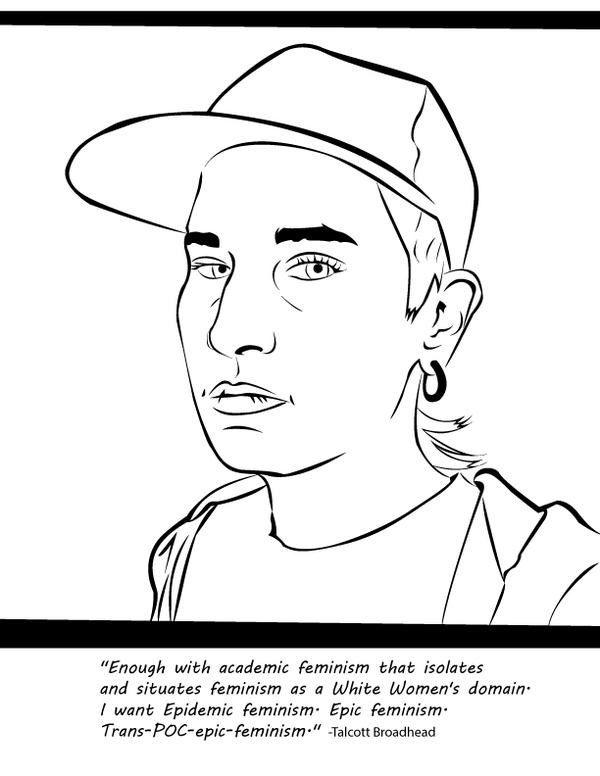 This Clever Activity Book Helps to Combat Misogyny and Racism

Katherine Pendrill — June 29, 2015 — Art & Design
References: kickstarter & bustle
Seattle-based writer Ijeoma Oluo is on a mission to combat misogyny and racism through her new coloring book for adults. Oluo began the project after she started sketching some of her favorite feminist writers and speakers. She began sharing her 'Badass Feminist Coloring Book' with others and realized it could be a powerful tool for empowering women.

The clever coloring book is filled with drawings, quotes and mantras from a number of inspirational feminists. Rather than featuring a small subsection of feminist writers, Oluo tried to include activists from all walks of life. As Oluo explains, "The beauty of real feminists doing their bit every day to make a more just society comes in all shapes, sizes, backgrounds, gender identities and sexualities." By including a broad spectrum of feminists, Oluo wants the book to help inspire others to combat misogyny and racism.
4.4
Score
Popularity
Activity
Freshness