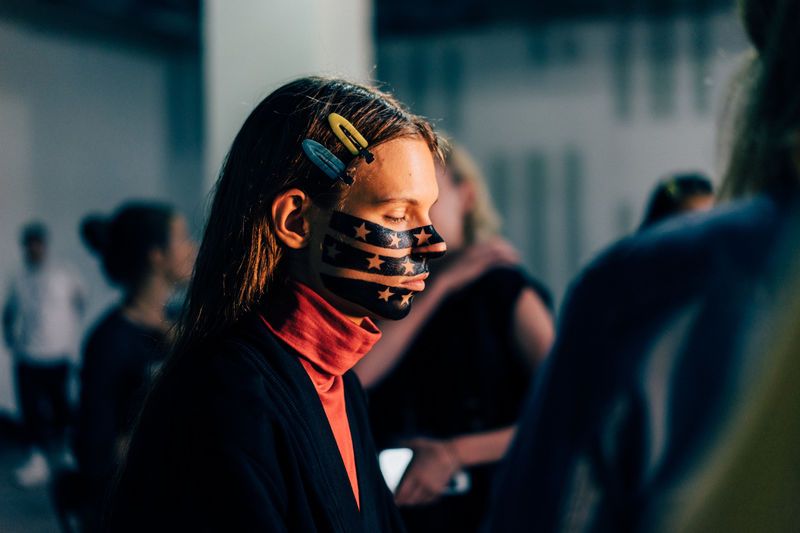 Amy Duong — June 4, 2018 — Fashion
References: fashionista & hypebeast
Share on Facebook Share on Twitter Share on LinkedIn Share on Pinterest
New York-based designer Alexander Wang unveiled his COLLECTION 1 series at his latest runway show on the rooftop of Pier 19 in Manhattan. The chosen location set the premise for the collection's overarching theme, which is a concept that lies between an American dream stemmed from immigrant roots. The message was translated throughout the show through ambiance such as music, closing the show with Childish Gambino's 'This is America.' The theme was drawn from Wang's upbringings as a descendant with immigrant roots who found pride in being an American.

The collection itself expressed an archetype of America that was satirical, with an 80s/90s vibe infused with NYC tourist wear. Some of the highlights of COLLECTION 1 are definitely the cropped shirts, low-ride jeans, head bandanas and slinky chainmail bibs, all nodding to the earlier eras. Additional throwback aesthetics include large-fitting jerseys, ripped denim and leather jackets. Some American-inspired details are the incorporations of bolo ties and paisley prints in reference to the cultural merge that is NYC's foundation.
3.5
Score
Popularity
Activity
Freshness
Access Advisory Services