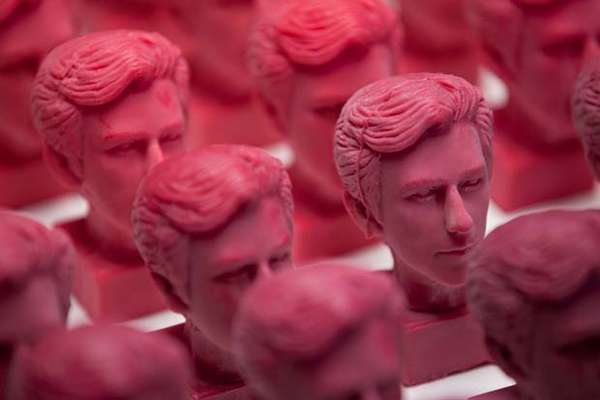 Pinegar was inspired to create the project after realizing that he had not conversed with hundreds of his so-called "friends" on Facebook in years. "Facebook lumped people that I would barely consider acquaintances into the same category as my wife," he says. So, he wanted to discover the exact number of people in his online social network with whom he was actually close.

To do so, Pinegar gave each of the people on his friends list a score -- based on how well he knew them -- that corresponded to a color. Then, he crafted a mini wax bust of his own head in the specific color to represent each person. Among the discoveries he made was that he didn't know 14 percent of his "friends" by name alone and had never met 1 percent of those on his friends list at all.