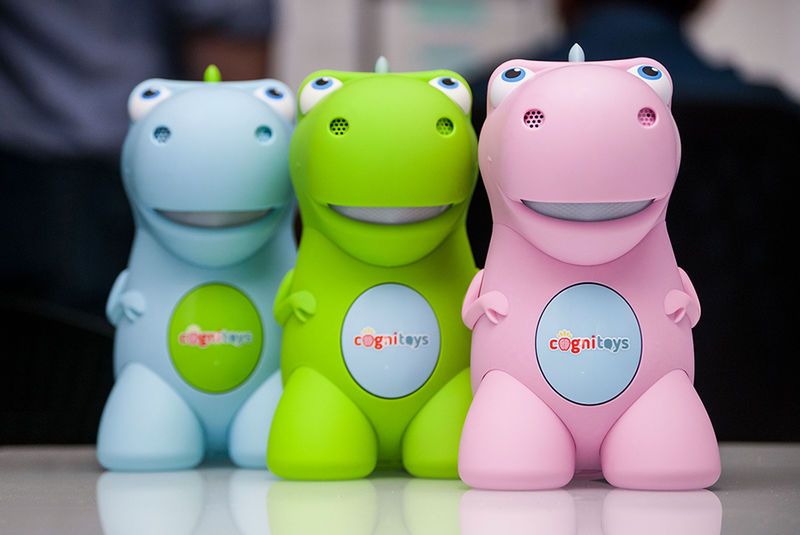 Laura McQuarrie — February 19, 2015 — Life-Stages
References: kickstarter & gizmodiva
Share on Facebook Share on Twitter Share on LinkedIn Share on Pinterest
Dinosaurs may be a thing of the past, but CogniToys has definitely made them relevant again with the launch of its smart dinosaur toy. Introduced as a project on Kickstarter, the toy has already more than doubled its initial funding goal and it's not hard to see why. Finding a gap in the educational toy market, CogniToys are Internet-connected, personalized, smart and speech-enabled. By pressing the stomach of the smart dinosaur toy, kids are able to speak to the toy and get responses, rather than partaking in a one-sided conversation. The toys will also begin to pick up on a child's favorite colors, interests and toys in order to engage with them better over time. The intelligence of this toy comes from IBM Watson, IBM's most powerful cognitive supercomputer.

Another neat feature that parents can appreciate is the ability to monitor a child's development through a Parent Panel on the web.
2.2
Score
Popularity
Activity
Freshness
Access Advisory Services