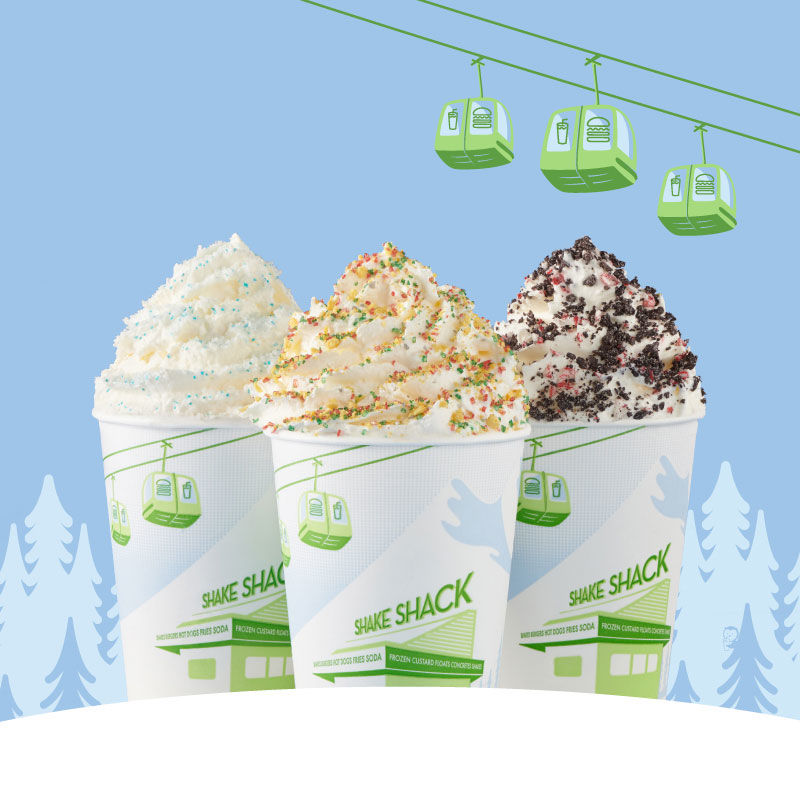 Shake Shack's new Coconut Snowball Shake is a limited-edition drink that consists of creamy coconut and marshmallow frozen custard blended together and topped with whipped cream, shredded coconut, and sprinkles. Though the taste may be a bit tropical, the shake itself looks like a drinkable snowball.

In addition to the new Coconut Snowball Shake, Shake Shack's Alpine Tree-O also features the fan-favorite Christmas Cookie shake, which is made with a sugar cookie frozen custard, and the Chocolate Peppermint shake, which is infused with a peppermint fudge sauce. All three drinks are available now through January 5, 2020.