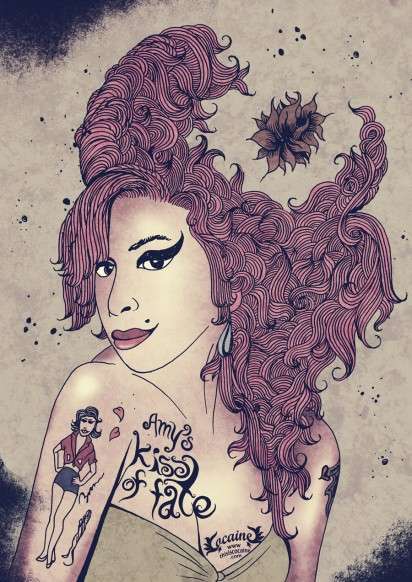 The Cocaine Co Campaign Associates Itself with Overdosed Individuals

Meghan Young — March 6, 2012 — Marketing
References: thisiscocaine & ibelieveinadv
Share on Facebook Share on Twitter Share on LinkedIn Share on Pinterest
The Cocaine Co campaign illustrates the company's connections with various musical artist and historical figures such as Kurt Cobain, Sigmund Freud and Marilyn Monroe who have overdosed on cocaine. With statements such as "Amy's Kiss of Fate" and "Monroe's Partner of 20 Years," tattooed across the illustrations of these celebrities, this t-shirt company brings focus to its controversial name.

Created by the t-shirt label itself, the Cocaine Co campaign also shows off its illustrative capabilities. Artists join the website in order to submit their designs to, hopefully, get them produced either on pieces of clothing or even computer wallpapers and posters. Intricate and detailed, the ad campaign is some of the artists' best work, that's for sure.
5.9
Score
Popularity
Activity
Freshness
Attend Future Festival