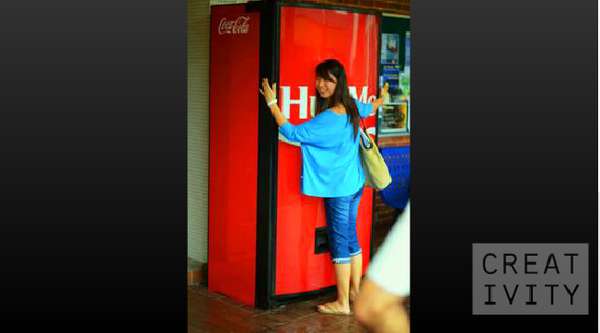 Commissioned in collaboration with ad agency Ogilvy & Mather Singapore, a pop dispenser was set up at National University of Singapore with the words "hug Me" etched across the front in Coke's signature font and colors. When someone wraps their arms around the machine, they are rewarded with a free pop.

The dispenser is one of several 'Happiness Machines' that have been popping up as part of the campaign since 2009, which has included giving out flowers, air balloons and multiple Cokes with purchase.

The marketing strategy is set to roll out in other regions soon, but be advised to wait until seeing the words "hug me" to avoid the embarrassment of awkwardly embracing an inanimate object with no payout.